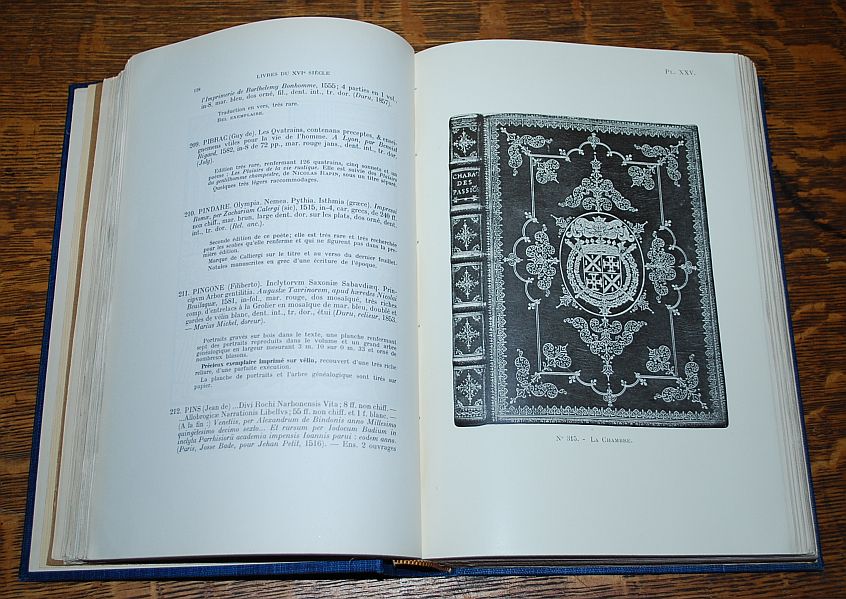 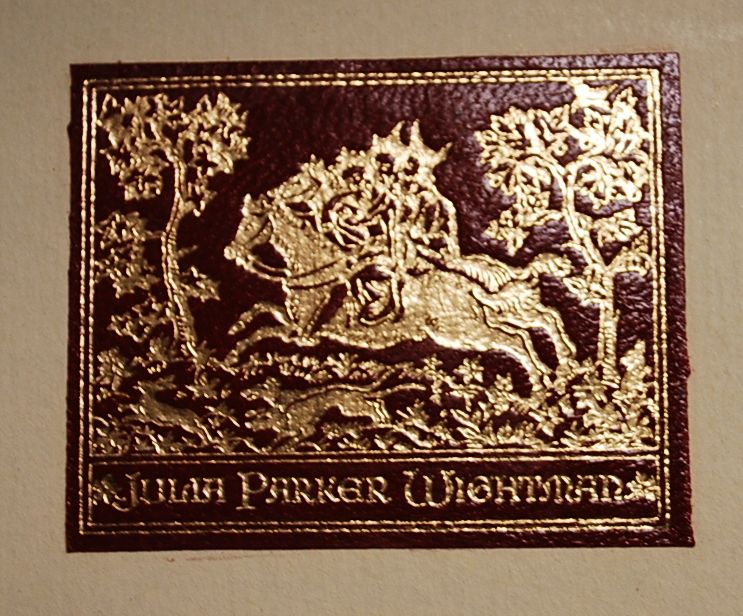 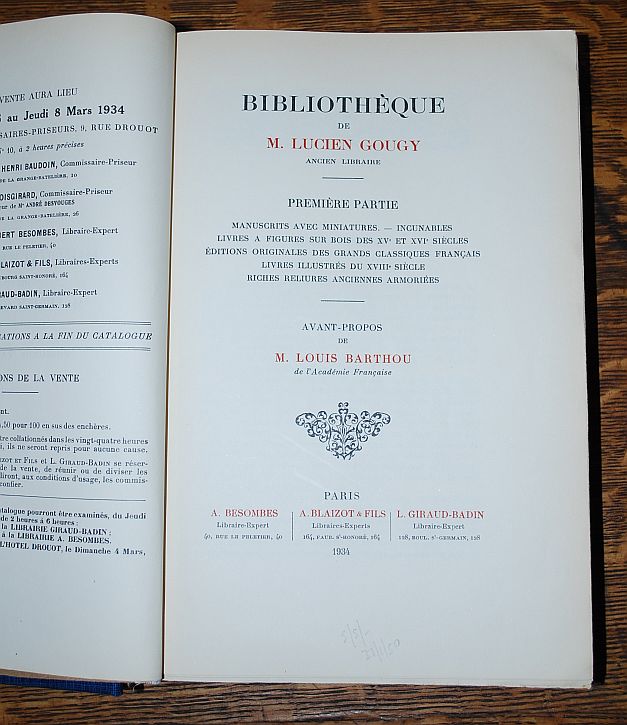 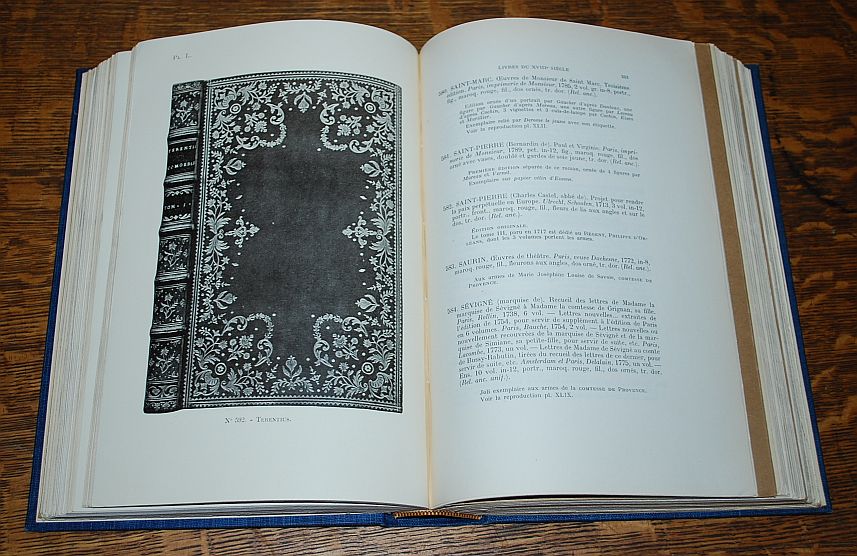 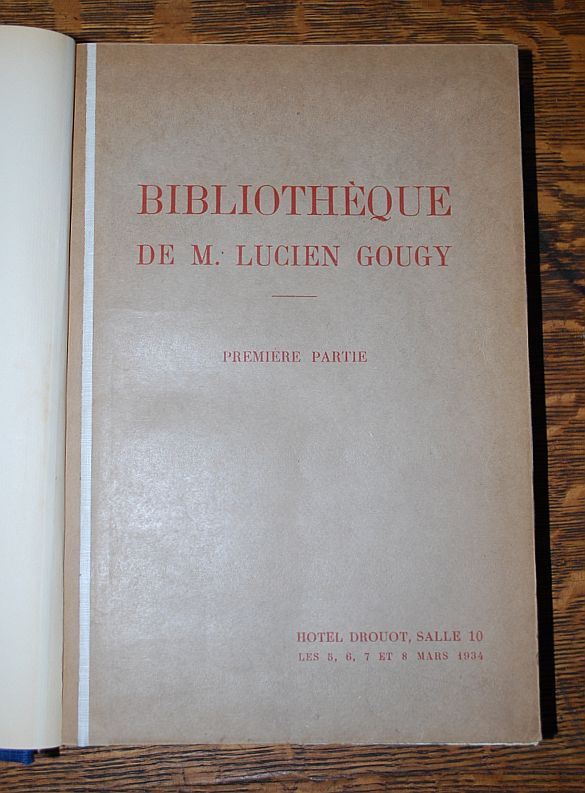 Catalog 1, 2 and 3 expertly rebound in blue cloth boards, red spine label, gold lettering, top page edges gold gilt. 237, 123, 117 pages. Massive catalogs for 1934 estate auction sales of Parisian bookseller Lucien Gougy's library, at Hotel Drouot, Paris. Illustrated with 107 rare book photoplates. Monsieur Lucien Gougy's left bank bookshop occupied the first floor of an ancient corner building at the southern end of the Pont Neuf, and was known as 1, Quai de Conti. His financial and family success being equaled by his civic virtue, he had lately been decorated with the then comparatively rare Cross of the Legion of Honor. Now perhaps this last gift of Fortune to Monsieur Lucien Gougy was a little more than normal bourgeois self-control could bear. Whatever the reason, he commenced about this time to display a disadvantageous difference from the non-affluent but ever amiable typical Parisian bookseller. In a word, he became irritable, authoritarian, and at times downright unwilling to do business at all. Should a customer fail to return a book to its appointed place, he would seize it, and restore it to its position on his well-waxed shelves with a precise and terrifying bang. His refusal, if a small concession in price were asked on a purchase of several books, might vary between icy firmness and theatrical indignation. When the franc went down ever so little, he would insist that his clearly marked prices were in gold francs. If the National Budget were seriously out of balance, and further radical inflation thereby made inevitable, he would simply refuse to sell good books at any price. When Monsieur Lucien Gougy's successful life ended, the richness of his private library, unveiled to the public in this series of sales, astonished the collecting world. Provenance: Bears the beautiful red and gold leather bookplate of Julia Parker Wrightman, member of The Grolier Club, who built two distinguished collections of bindings of all western countries and all periods, her own, and another at the Pierpont Morgan Library. Wrightman's miniature book collection was one of the best in the United States. She was a fellow and trustee of Morgan Library for 40 years. Located in midtown Manhattan, the Morgan houses one of the world's greatest collections of artistic, literary, and musical works, from ancient times to the medieval and Renaissance periods to the present day.

Jacket Condition: No Jacket (as issued)

By: Robert, A. Chait

How to Make Money in Music: A Guidebook for Success in Today's Music Business

The Golden Treasury of Art And Song

Proceedings in Lynn, Massachusetts June 17, 1879, Being the Two Hundred and Fiftieth Anniversay of the Settlement

The Pontostructor Method for the Construction of Fixed Bridges, Crowns & Inlays