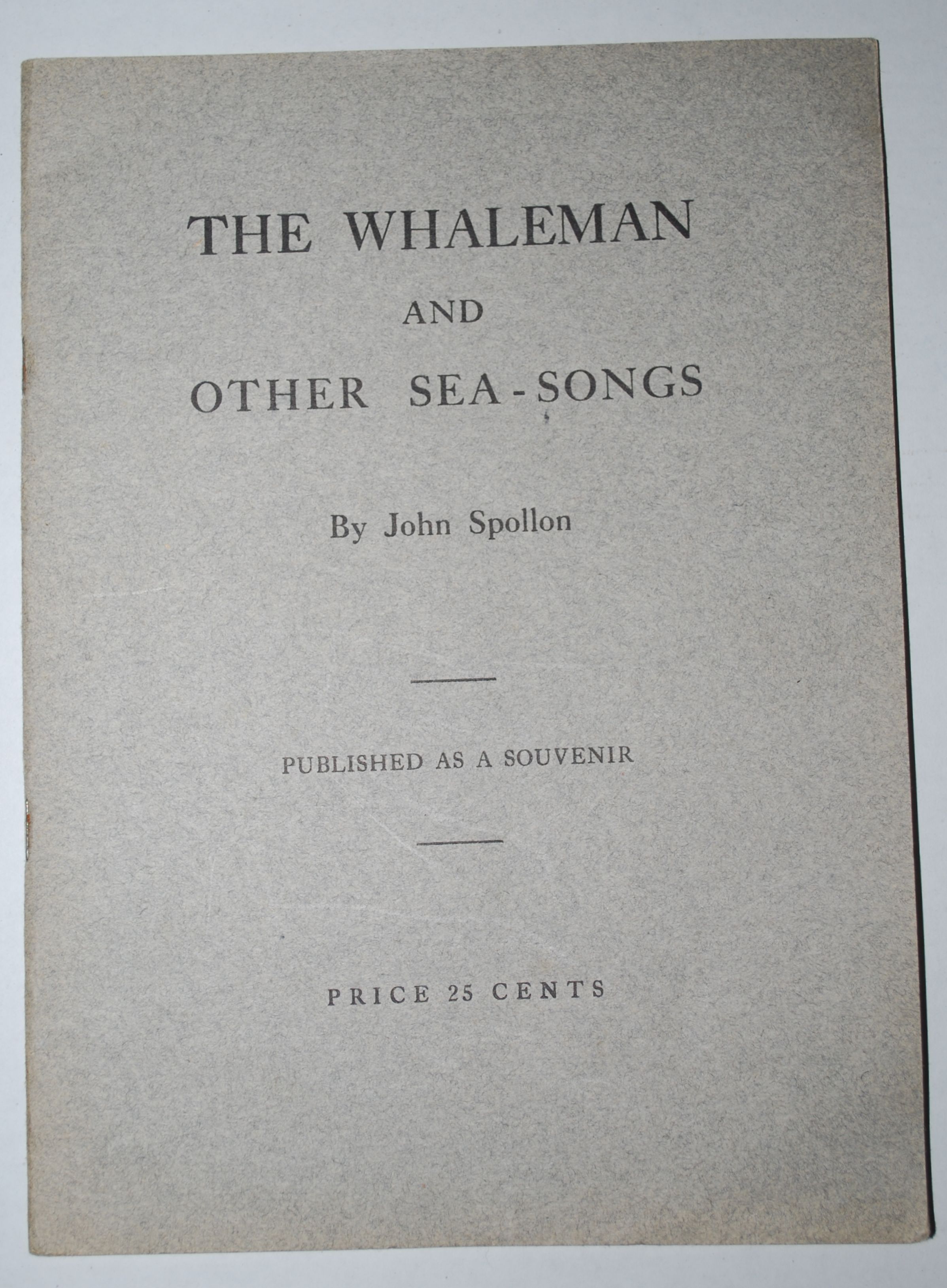 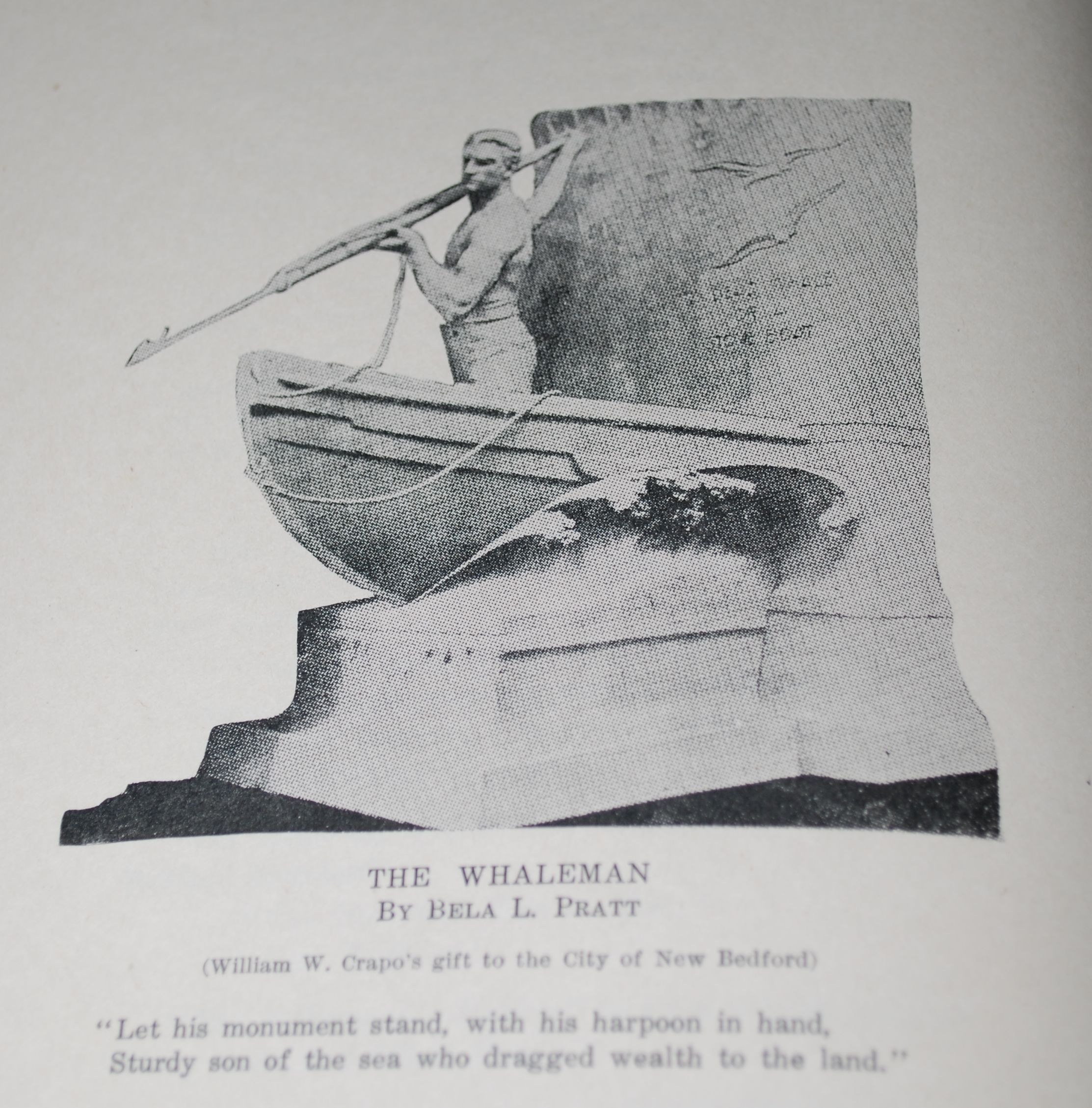 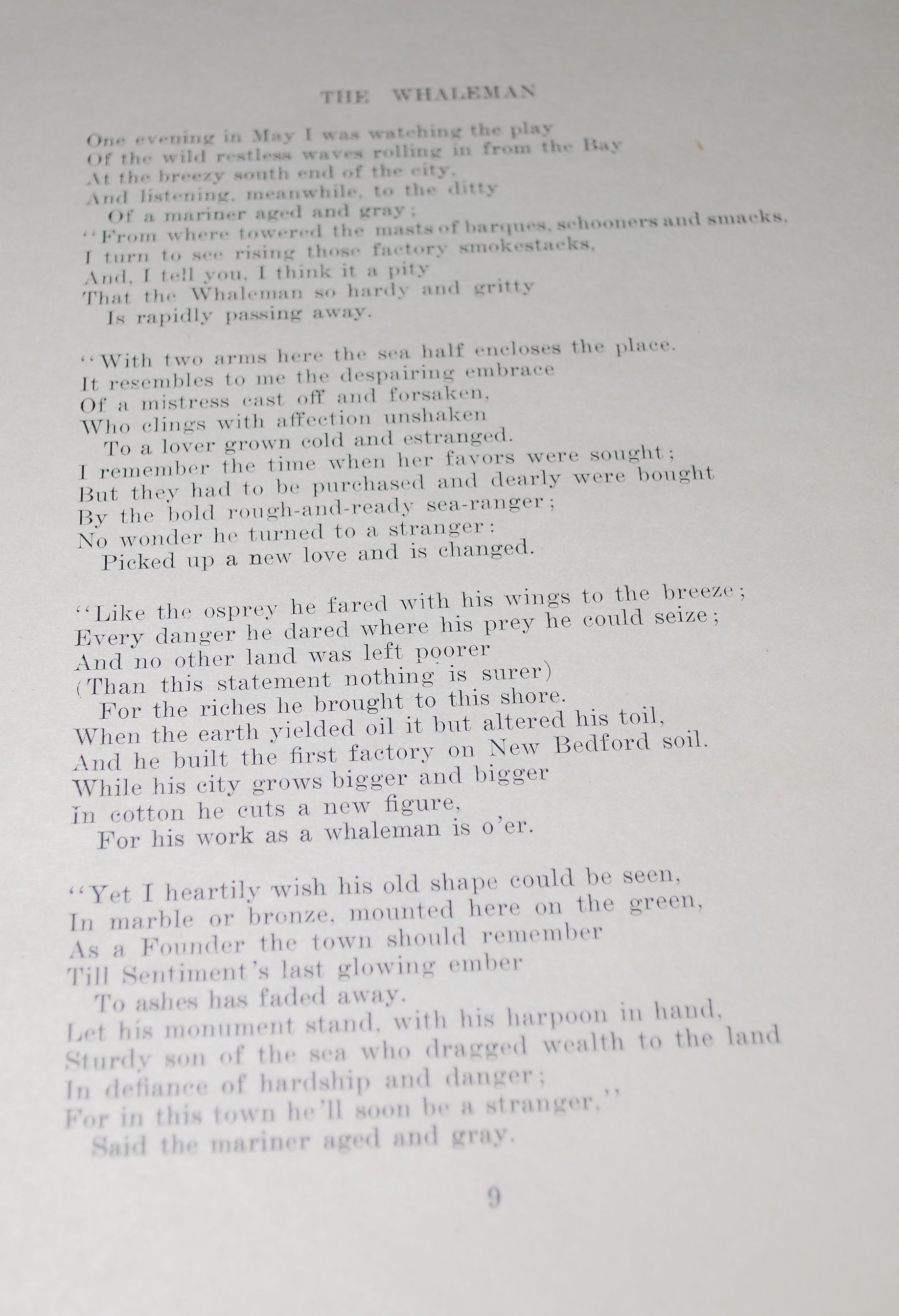 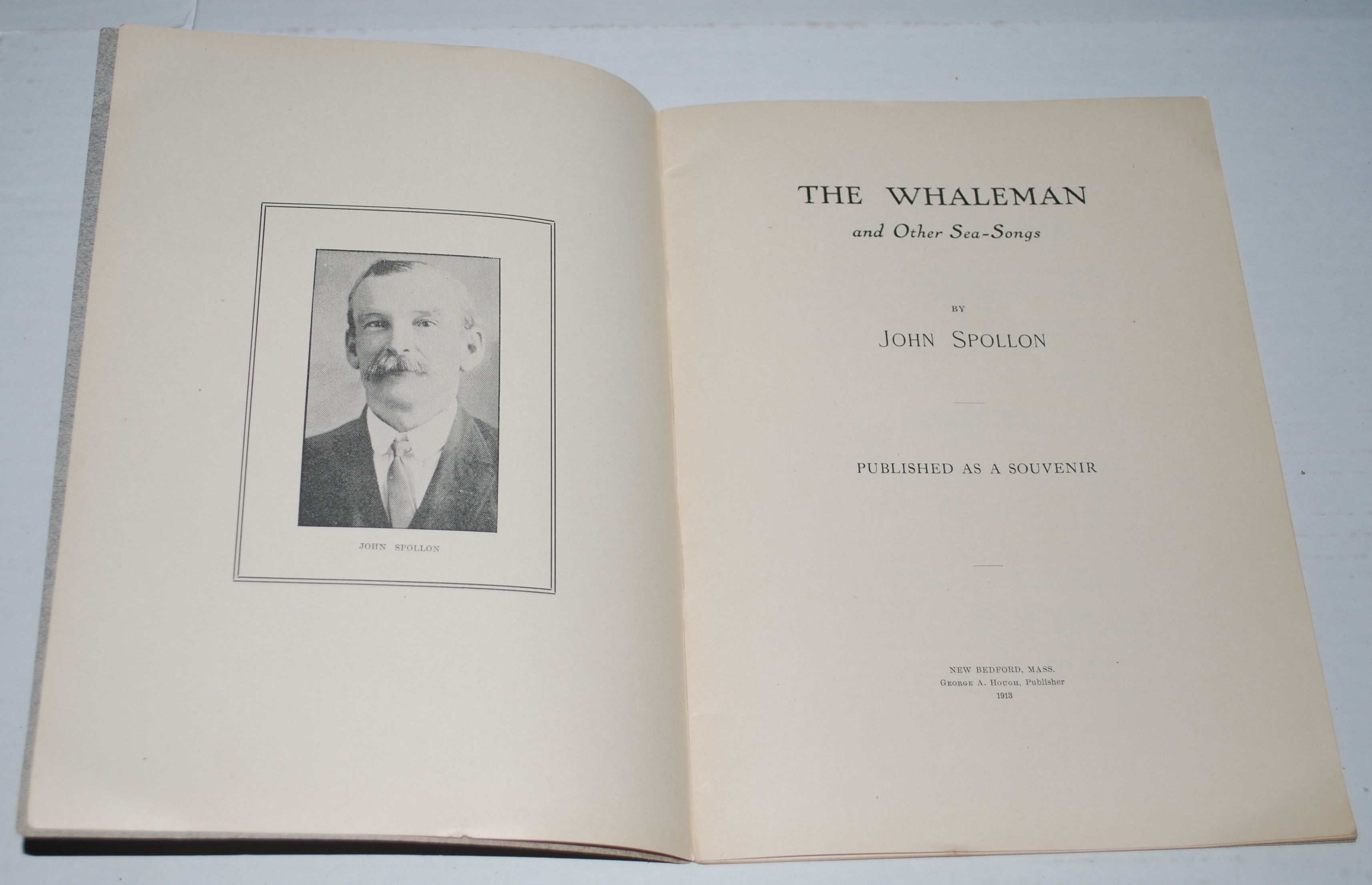 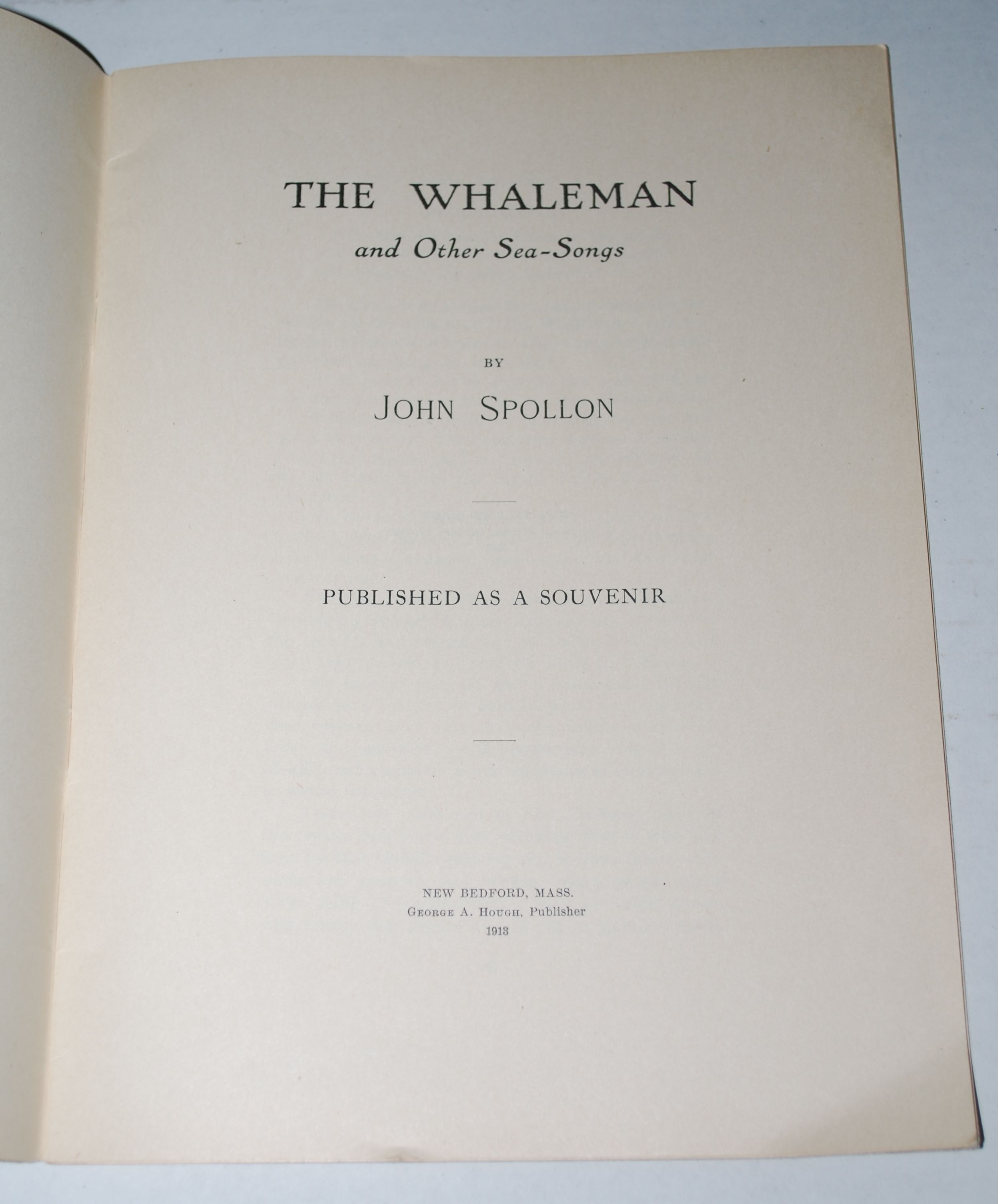 The Whaleman and Other Sea-Songs

Scarce. Pamphlet, large grey cover with black writing, staplebound. Nice Firm Clean copy ! Unmarked. 30 pages. Contents: Photo of Spollon, Intro, photo of the statue, The Whaleman, and 13 other poems. Published as a souvenir for the 1913 unveiling of the statue of the Whaleman on the grounds of the Free Public Library to the City of New Bedford, on June 20, 1913. Illustrates the power of poetry. In 1903 Spollon published the poem 'The Whaleman' in the Boston magazine 'Fiber and Fabric', first suggesting the Whaleman statue: 'Yet I heartily wish his old shape could be seen, In marble or bronze, mounted here on the green...For in this town he'll soon be a stranger.' Though a popular idea, the city of New Bedford had other priorities for its expenditures. In 1913 private citizen William W. Crapo commissioned and donated the statue to New Bedford.

Title: The Whaleman and Other Sea-Songs

Fighting the Slave-Hunters in Central Africa: A Record of Twenty-Six Years of Travel & Adventure Round the Great Lakes and of the Overthrow of Tip-Pu-Tib, Rumaliza, and Other Great Slave-Traders

Other Voices Other Rooms by Capote, Truman published by Signet (1948) [Mass Market Paperback]

Sonnets and Other Poems Old Cambridge and other poems.

The Whaleman and Other Sea-Songs