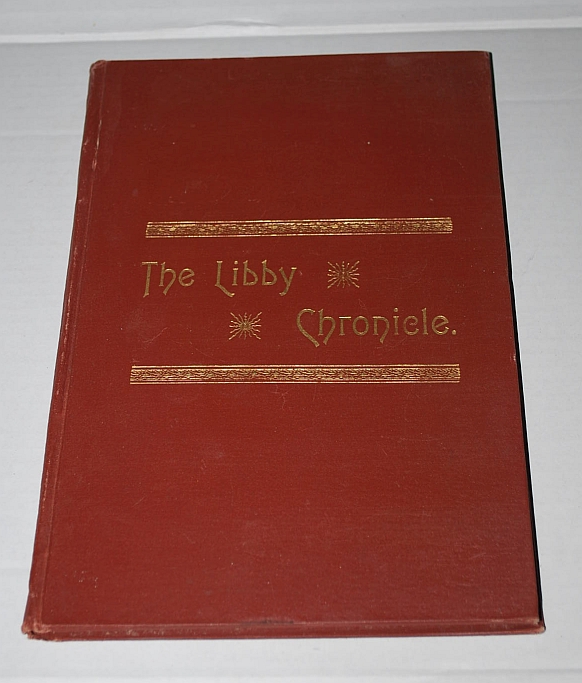 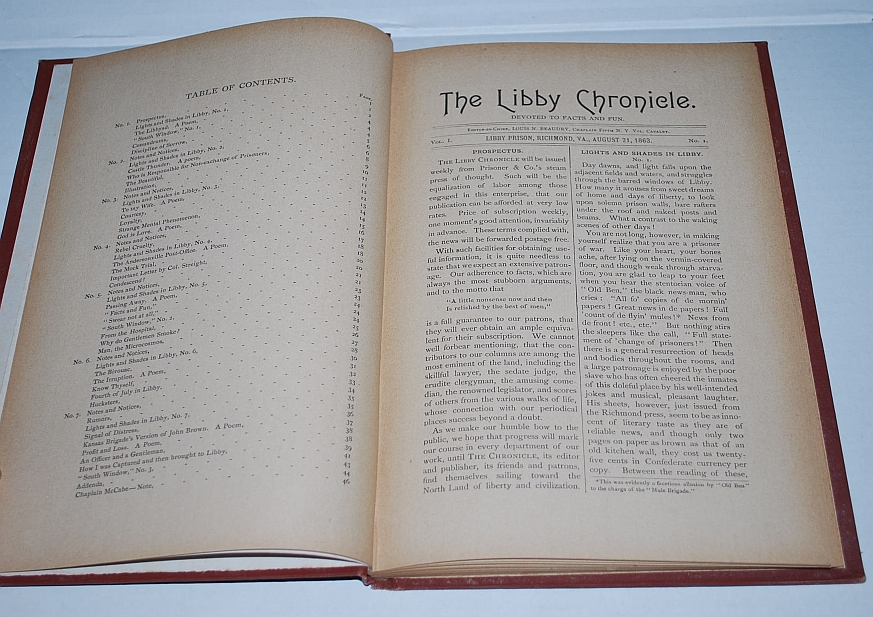 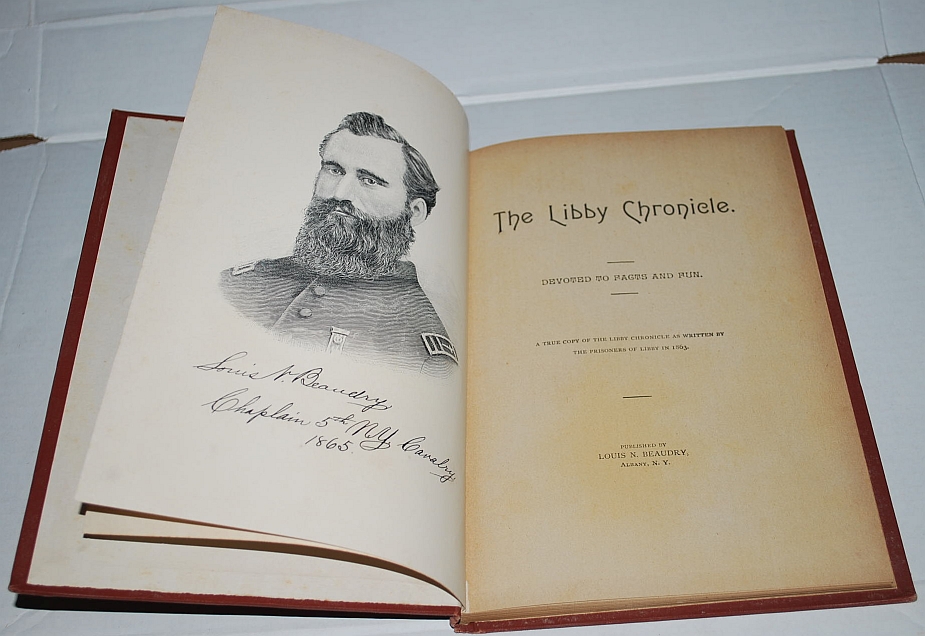 Scarce. Brick red cloth, gold decorations on front board. Frontispiece portrait of Beaudry, illustration of Libby Prison on page 10. Nice Firm Clean copy ! Unmarked. Paper has slight yellowing. 51 pages. Also included a 2 page summary of the Great Escape Plot. Libby Prison was a Confederate prison at Richmond, Virginia, during the American Civil War. It gained an infamous reputation for the overcrowded and harsh conditions under which officer prisoners from the Union Army were kept. Seven numbers of The Libby Chronicle were issued or read from manuscript as prepared by the denizens of Libby Prison during the summer of 1863. All these manuscripts, now in the hands of Chaplain Louis N. Beaudry, editor-in-chief, are for the first time published in whole and in proper order. The paper was read by the editor every Friday morning, at 10 o'clock, in the upper east room, in the presence of an excited crowd. The war has produced nothing of more thrilling interest. Composed in the midst of hardship and brutality, the newsletter expressed irreverent humor. Commonly expressed was hostility toward President Abraham Lincoln, whom they considered responsible for their being held so long in prison. The editors of The Chronicle rebuked such sentiments.

Pictures from Prison Life: An Historical Sketch of The Massachusetts State Prison, with Narratives and Incidents, and Suggestions on Discipline 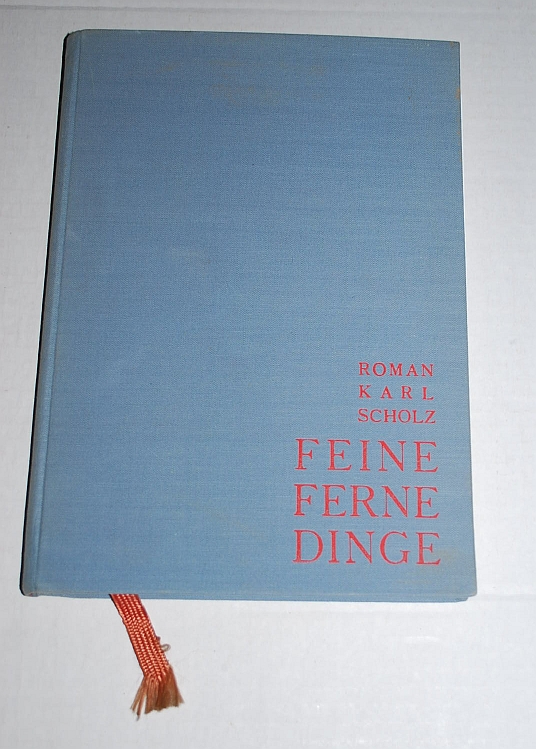 Designed in Boston: A Personal Journal-History of the Boston Architectural College, 1889-2011