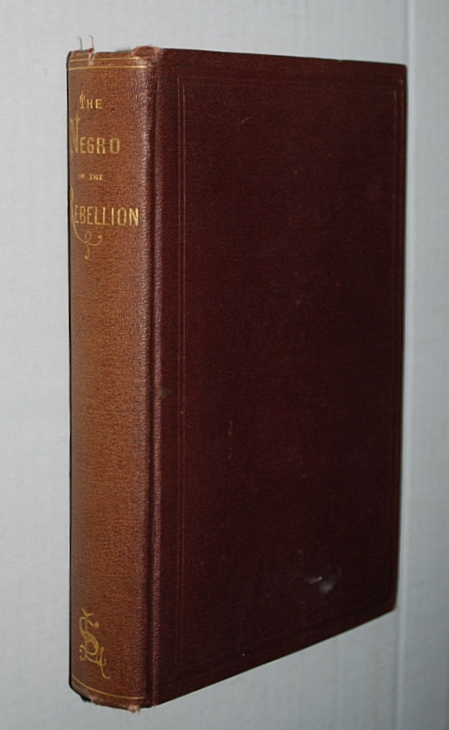 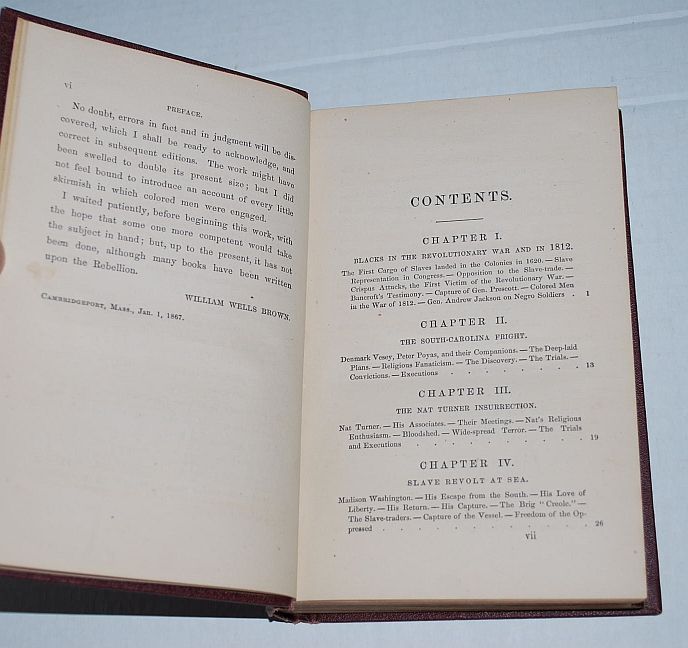 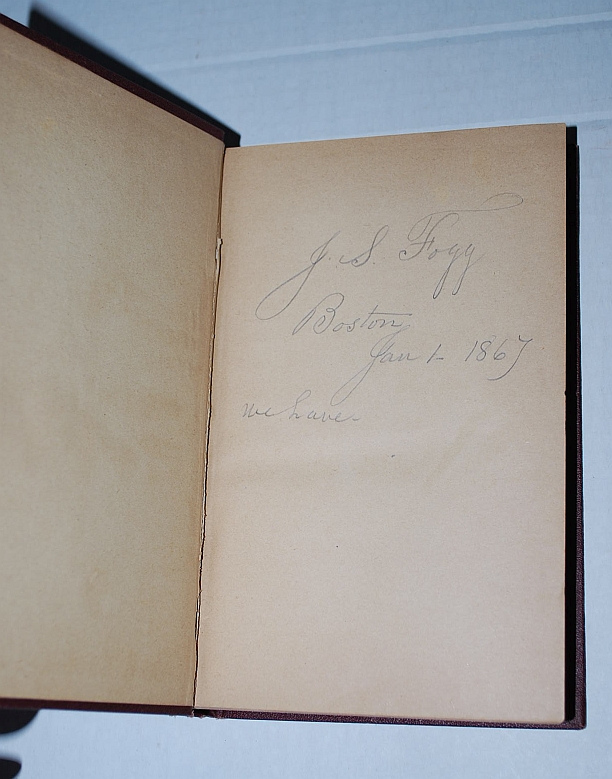 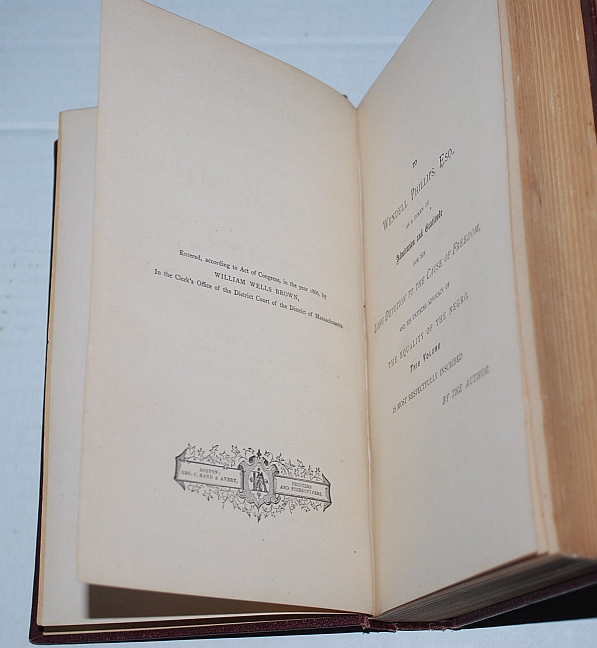 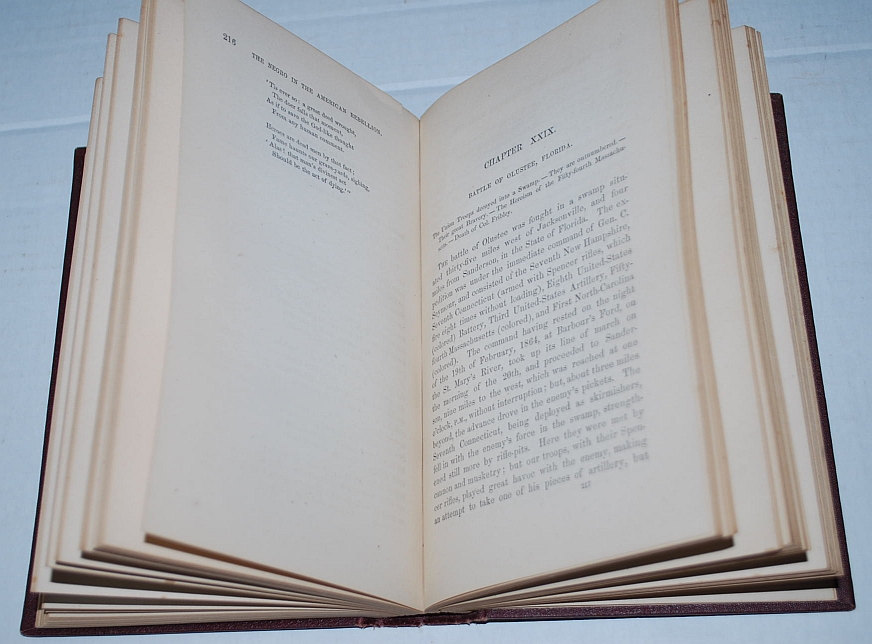 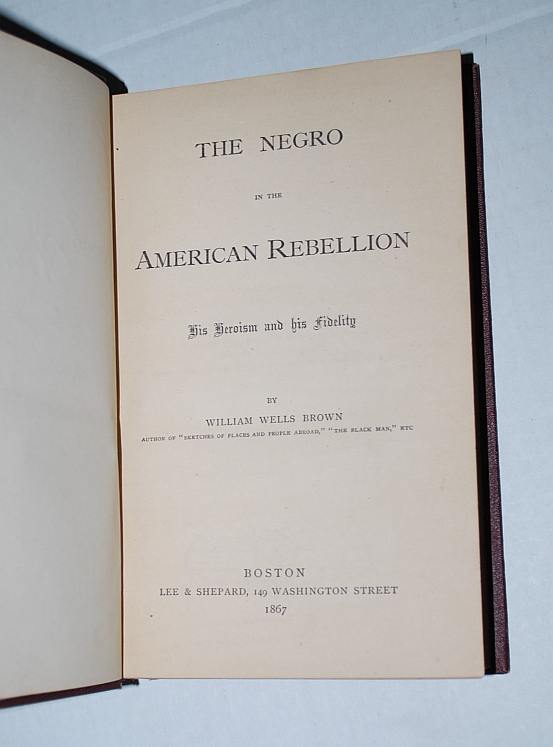 The Negro in the American Rebellion; His Heroism and His Fidelity

1st Printing. Nice Firm copy ! Pencilled previous owner name ('J.S. Fogg / Boston / Jan 1- 1867') on front flypaper . 380 pages. Blacks in the Revolutionary War and in 1812, South Carolina Fright, Nat Turner Rebellion, Slave Revolt at Sea, John Brown Raid and the Civil War. William Wells Brown was the first Black to write a comprehensive history of Negroes in the Civil War. 'Feeling anxious to preserve for future reference an account of the part which the Negro took in suppressing the Slaveholders' Rebellion, I have been induced to write this work. In doing so, it occurred to me that a sketch of the condition of the race previous to the commencement of the war would not be uninteresting to the reader. For the information concerning the services which the blacks rendered to the Government in the Revolutionary War, I am indebted to the late George Livermore, Esq., whose 'Historical Research' is the ablest work ever published on the early history of the negroes of this country. In collecting facts connected with the Rebellion, I have availed myself of the most reliable information that could be obtained from newspaper correspondents, as well as from those who were on the battle-field. To officers and privates of several of the colored regiments I am under, many, obligations for detailed accounts of engagements.'

Title: The Negro in the American Rebellion; His Heroism and His Fidelity

Autobiographical Notes for His Children

Caste And Class In a Southern Town

The Great Rebellion: A History of the Civil War in the United States Volume 2

The Negro church in America (Sourcebooks in Negro history)

Despite Discrimination: Some Aspects of Negro Life in the United States of America

My Sister the Negro and Pages From a Diary in Geneva

The Confederate States of America, 1861-1865: A financial and industrial history of the South during the civil war (Yale Bicentennial Publications)

The Negro in the American Rebellion; His Heroism and His Fidelity