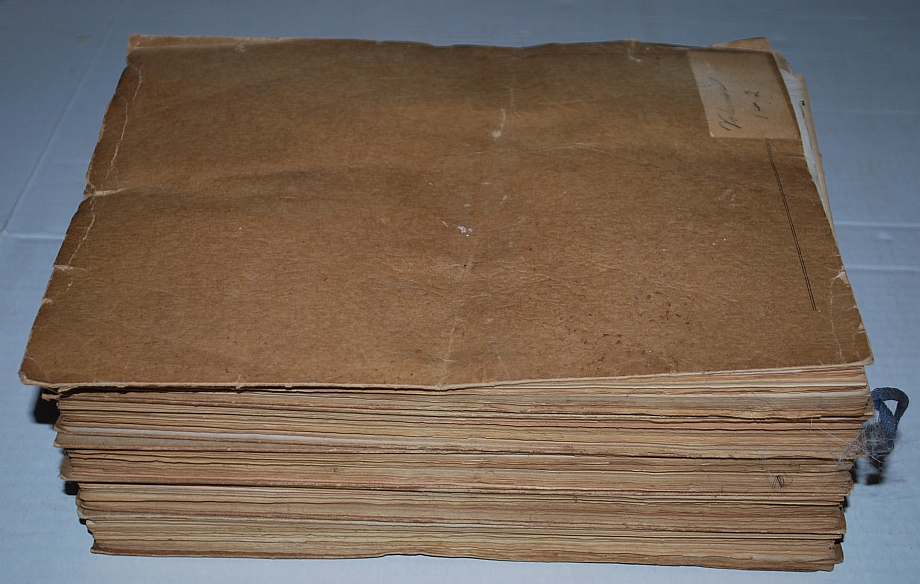 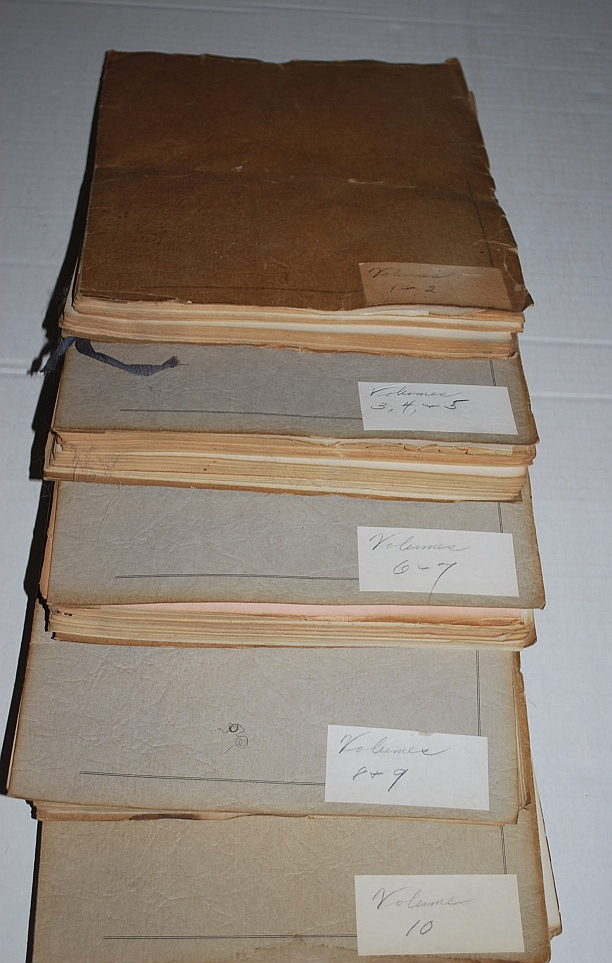 Moderate general wear. Stenographer's carbon copy. Five parts containing ten volumes. Each volume contains an index of Witnesses and Exhibits, followed by witness statements. Fifth part, rear cover and final leaves have coffee stain. 1308 pages. Eleanor Sasseville age 26, of 13 Thenius St., Worcester. Dr. Stephen Starr age 43, of 30 Forest St., Worcester, MA. Inquest of the apparent drowning suicide in Framingham of Eleanor Sasseville. Eleanor during 1955 was a patient of Dr. Starr, who was married and had children. She was married and had an infertility problem. Eleanor became Starr's mistress for the next 2 1/2 years. Their was some attempt by both Eleanor and Starr who both visited Psychiatric facilities to 'try and forget each other'. At a meeting in a restaurant during 1958 Starr said he needed to forget about her. She went to the bathroom. After a while he searched for her and was told no one knew where she was. He searched every bar and bus stop from Framingham to Worcester, finally ending up at the same restaurant. They finally told him that she took a cab, calling the cab company he learned she went to the Red Coach Grill. Going back to the Red Coach Grill (where he said he was an officer) he said when the hostess pinned him down 'Well, I'm a doctor. She has been treated for a nervous condition in the hospital. I've been out with her earlier this evening and she's disappeared on me.' The hostess said 'Well, I don't blame her.' She was not there. But he remembered the pond in the back. There he found her drowned.

Worcester Is America; The Story of Worcester's Armenians: The Early Years.

Eleanor of Aquitaine and the Four Kings

How I Cook It

By: The Yearbook Committee